A simple idea to greatly improve the quality of this weekend – turn the phone off for 24 hours.

Every time I do this, I appreciate the power (both positive and negative) of convenience. As I write every day, I get to the bigger screen to write my post for the day and check email, But, it is amazing how the absence of that little bit of convenience can change our behavior.

Inconvenience has its benefits.

I’ve been experimenting with phone detoxing over weekends in the past few months. While my normal approach has been to play hide-and-seek with the phone by putting it in some obscure place and forgetting about it, I decided to do a complete switch off this weekend. My 3 lessons from switching the phone off for a 60 hour period –

1. I missed 3 use cases – i) Waze/maps when we were driving, ii) Ability to call contact other when we split ways at a crowded area, and iii) Whatsapp to send the occasional message to framily.

2. I did not miss the following – i) Checking if there’s any new email or message because the phone is close by and ii) Reading articles on my phone – I prefer a larger screen but the phone is really convenient.
Overall, I can’t say I missed the phone all that much. I did cheat a bit by sending some messages from my wife’s phone too coordinate with friends – but, it was minimal. I enjoyed doing all my writing and reading from a larger screen – it was more targeted and intentional than reflexively picking up my phone.

3. I’ve been disconnecting from work email for a full 48 hours between Friday evening – Sunday evening for a few months now. And, while that has enabled me to be better engaged through the weekend, there was something wonderfully liberating about switching off completely. We normally associate detoxing with the body. But, there’s something to be said for detoxing for the mind.

I look forward to doing this more.

We were at dinner at a restaurant last week when a father, mother and their daughter (likely a teenager) sat down in the table next to ours. We were engrossed in conversation as we were catching up with a friend we hadn’t seen in ages.

A few minutes later, our friend said – “Check out the quality conversation at the next table.”  Sure enough, all three of them were busy on the phone.

Minutes passed. Dinner had been served but that was just a side show – they were still on the phone.

A few minutes later, we saw the teenager abandon all pretense and put on her headphones. The Dad seemed busy on WeChat. The mom alone was silently eating her dinner.

It isn’t unusual to see phones being used at the dinner table. Earphones, however, are a completely different matter.

That is, at least, what I thought.

But, are they any different? Pulling out our phone at dinner is us implicitly saying – “This is more important than the food and the people on the table.” So, what makes putting on earphones any worse than texting?

This, to me, speaks to the danger of marginal cost thinking. Just as saying “just this once” is a recipe for disaster, making an excuse for a “small thing” isn’t any better.

I received a long email about an important project last week. I had a few questions about the email and decided to just call the person who’d written to me to go through my questions. We had a 10 minute conversation that would almost certainly have required 8-10 emails.

I do this once a while but don’t do it nearly as often.

A similar thought had crossed my mind earlier that day when someone I knew texted me with what could only be described as a pretty heavy discussion topic. As I let that discussion play out in my head, I realized that there was no way I’d get through the work I needed to get done if I spent time texting. So, I suggested that we better discuss this in person and ducked out.

I think the insight for me is that we often unconsciously tie ourselves down to whichever channel we receive communication in and don’t question if that would be the right place for continuing it. Having so many possible channels is a blessing simply because we can tailor the communication to the right channel. That only works if we use it well.

A wiser friend regularly responds to emails that require a long response with a phone call. Of course, this may not work for everyone at every time. But, he has a point. Sometimes, it is just better to pick up the phone. 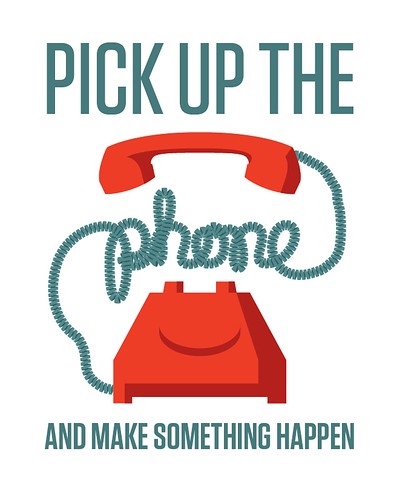 There’s a benefit to reflection that isn’t apparent when you get started. That’s because it takes time for thoughts to percolate and crystallize into insight and then action.

As I reflected on my use of devices a few days ago, an idea that stuck was that I was very aware of the fact that rolling over to my phone and checking messenger notifications and emails first thing in the morning was a very negative habit. And, yet, I regularly went through phases when I did it. As I rolled over to do it a few days back, I asked myself why this was so difficult.

The analogy that popped to mind was one about eating healthy. The way to eat healthy is not to surround yourself with unhealthy food and test your willpower. Instead, it is to throw all unhealthy food out and only keep healthy food at home. Music piracy in the US became a non issue the moment it became easy to download songs via services like iTunes. Convenience matters.

So, why not keep my phone out of the bed room? I felt that slightly panicked reaction – “How will I wake up without an alarm?”

And, thus, I finally understood why I was so used to keep my phone by my side. This reason had gotten lost over time. Fast forward 3 days, I keep my phone outside our bed room as of 8pm and use my iPad to set an alarm. My iPad is primarily a FaceTime + media consumption device. So, checking stuff first thing in the morning is a non issue.

It has felt wonderful.