It has never been easier to start a company today. This is thanks to the suite of tools that are provided by the likes of AWS/Azure/Google Cloud, Stripe and many other companies who help with getting the basic infrastructure in place.

It has also never been easier to create a product that has the potential to be used by millions of users. Just use the above services to build a mobile app and put it on the iOS or Android app stores. And, in theory, you have a shot at superstardom. 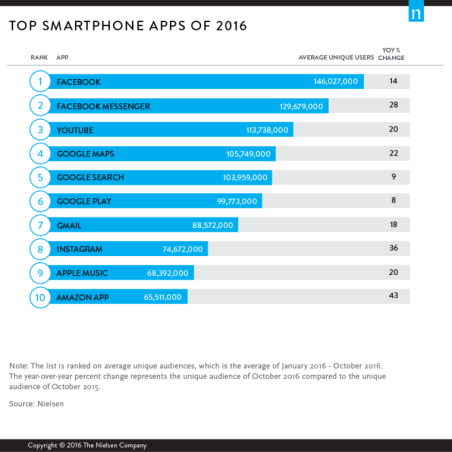 We often think about this as a recent issue. So, let’s look at the equivalent chart from 2013. 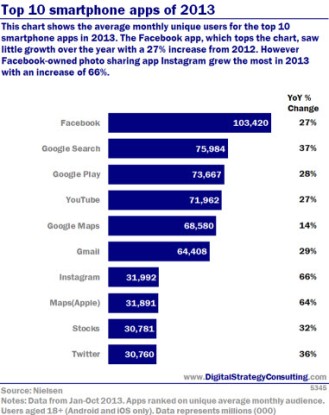 Twitter and Yahoo Stocks were the only “outsiders” that made the list along with Apple Maps. But, the giants were still dominant.

What does all of this mean? If you aren’t an app born out of the family of giant tech firms, user acquisition is going to be hard. This, of course, benefits Facebook since a natural paid acquisition source is Facebook ads. 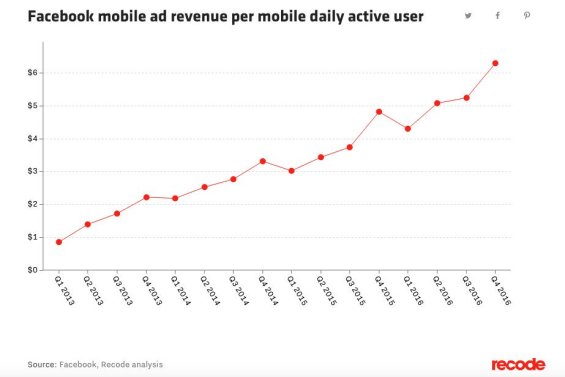 This all seems rather depressing since it looks like mass market growth isn’t really an option. What does all of this mean for you and me?

Well, if you’re building a mobile app, I think it has become more important than ever before to nail the answers to 3 questions –

The good news is that these questions work wonderfully regardless of the nature of your product. And, that’s because they hit at the essence of 3 important pieces of the marketing funnel – segmentation, targeting and positioning.

And, there’s an age old story about dog food (thanks Prof Moran Cerf) that helps explain the magic of the 3 of these in action.

When Paul Iams visited a mink ranch in 1946, he noticed that the dogs at the ranch, who also ate food made for minks, seemed exceptionally healthy and beautiful. So, he developed Iams 999, a superior quality high-protein variety of dog food. But, he didn’t have a good distribution system in place to sell these and, soon, sales stagnated after the first 100,000 dollars. Iams looked in trouble.

Enter Clay Mathile, a new manager, who asked the question – what is a segment that would love what is great about Iams (superior quality => shiny coats, healthy dogs) and not mind what isn’t great about Iams (high cost, limited distribution)?

So, he went on to focus all his advertising on his segment – show dog owners. For example, this meant advertising in magazines that show dog owners read. These show dog owners, in turn, were more than happy to buy premium dog food and go through the difficult sourcing process so they had a competitive advantage.

Soon, they were ready to expand again and their prices were beginning to come down thanks to their scale. Next, they focused on breeders who cared about having healthy, shiny dogs to sell to future owners. Breeders also didn’t mind the extra expense. Given their excellent product, they won over breeders over time, too.

This new segment had a positive effect because breeders naturally recommended that the new dog owners continue feeding their dogs Iams.

By 1999, Iams had 900 million dollars in sales and was acquired by P&G. Iams now had a place in supermarket stores all over.

This is a classic story because it is applicable to every product. And, as far as building technology products goes, this story almost feels custom built for app builders all over. 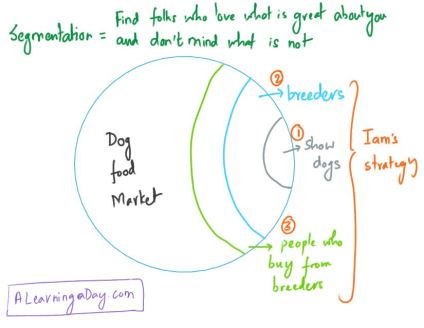 Don’t worry about attacking that large market. Focus on a niche and nail that segment. Then, build from there.

(PS: HT Andrew Chen for shaping my perspective on growth)

One thought on “Growth – Getting those users | Thinking Product”