This week’s book learning is from ‘The 4 hour workweek’ by Tim Ferris.

There were many aspects of ‘The 4 hour workweek’ that did not resonate with me. Having said that, Tim Ferris did have few very valid pieces of advice. One piece of advice that stuck was ‘Learn to say NO!’

The idea is simple. We are bombarded by information, requests and interruptions. These can be in the form of colleagues, email, phone calls or meetings. And Ferris’ simple advice is to say ‘No’. 3 ideas he had were –

1. Say ‘no’ to email. Check email at certain fixed times in a day and ensure you give yourself a time limit. 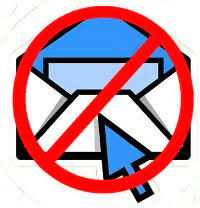 2. Say ‘no’ to meetings. A normal day in the office often involves hours of unproductive meetings. The next time you are invited to a meeting, consider just calling the organizer up and checking if the meeting is entirely necessary. And if you really have to go, ensure you go in with an agenda and a desired outcome!

3. Say ‘no’ to interruptions. If you have colleagues who constantly disturb you, think of creative ways so you can enforce ‘Do not disturb’ hours so you can get productive.

The more we say ‘no’ to things we don’t like, we spend time on things we actually like doing and increase our happiness at the very least. Easier in theory than practice of course.

Do you have any best practices on how you minimize activities that you don’t like spending your time on? Do write in.. I would love to hear from you.

—
I had (still have) issues with the ethics behind some of Ferris’ proposed solutions. Having said that, I’m learning to accept the ideas I like and ignore those I don’t. There’s lots to learn from the guy after all! And I’ve found the ‘never say yes when you want to say no‘ advice very very helpful!

Let’s close our eyes and pray for all. Now.

I had written just a few days ago about the guitar player at Liverpool Street Station.

I remember getting on the train and wondering why I didn’t spend some time to listen to him. I guess I was ‘following the crowd’. Everybody seemed to be in SUCH a tearing hurry to get to god-knows-where. And I followed.
Today, the scene was different. I was just getting home rather late. As I ambled towards the Central Line at the Tottenham Court Road (Harry Potter fans alert) station, I heard a beautiful voice singing a tune I didn’t know. He was at the end of a corridor and had a deep captivating voice.
This time, I stopped right in front of the singer. I leaned by the side wall and enjoyed his song. He soon stopped for a break and I learnt he was from the Czech Republic and he sang for a living on tube stations. ‘It keeps me going’ – he grinned. He began another slower song but stopped soon as he didn’t feel it suited my mood.. and I requested him to repeat the song he’d just played. And he did..
I enjoyed those 5 minutes. The setting couldn’t have been better. A wonderful acoustic guitar, a superb voice, the end of a nice week.. I’ve always enjoyed live music (makes me wonder why I barely manage to sit down and enjoy it more) and I did this time. I was that weirdo who seemed to not be in any hurry to catch a train. It was almost amusing as I caught masses rushing past, some glancing wondering what I was really upto..
I also realized how tough it is to be a performer in a tube station as appreciation is limited. Even if people like your music, they don’t necessarily tell you as they’re in a hurry to catch the next train.
I made sure I did tell him I enjoyed his music.
I ended up tipping him a little more than a pound. Least I could do. I hope he brightens up many a day.. And what’s more, I got a ‘new all time favorite’ song!
—
(The day wasn’t without it’s ups and downs. I had a grouchy man push me because I paused for a moment in front of him on a busy street. But, it’s amazing how big a difference it makes to our mood when we react less and respond more. And then, of course, there are guitar players all around that only help our cause of course! :))

A simply fantastic article by Tony Schwartz on HBR
Thanks KD for sharing
—
Do you have the feeling, as I do, that in the tsunami of everyday life, we’re getting too much of stuff we don’t need, and not enough of what we do? Herewith my first set of suggestions about how to redress the imbalance:
—

Have a nice day!

Isn’t that a broken system?

Similar to the ‘Apply’ on windows.

What ‘Apply’ does that ‘Ok’ doesn’t do, I still haven’t understood.
Do designers ever use what they design?

Have a great day!

I’ve learnt to accept this in time.
I am a firm believer in the power we have over our destiny. Having said that, there are very many things not in our control as well and I just feel we are happier when we keep focus on what is.
Sometimes however, these worlds collide.
It was my 3rd day in London and I’d just seen a new place in ‘the docklands’. And as I was talking to my colleague, my phone was snatched. This involved a bit of a struggle and I found myself instinctively clutching and pulling but the phone eventually fell down and closer to the snatcher, who grabbed it and ran.
Cops and investigation followed. I could even see my phone on Mobileme for a while but the cops couldn’t step in to make an arrest without a ‘victim’s statement’ and I guess I came to accept it was a lost cause.
The cop at the scene said something which I remembered from time to time. He said ‘You’re going to be playing this incident over and over again in your ahead. And you will wonder what you could have done differently. Just remember that such things happen so fast that we have to learn to accept what happened, and move on.’

He was right. I did replay the incident with some replays involving me heroically chasing and sliding to trip the snatcher.. (we are after all heroes of our own life story). I even wondered why I chose to switch sims onto the phone just the day before that. I had to go through some pain as the iPhone4 requires a microsim..
Eventually, I did move on and just began to accept that some things are meant to be. It made it easier to swallow.
On the brighter side, I narrowly escaped a horrible deal on a flat and managed to land a great little place in a great neighborhood. And as bad as losing a phone was, I’m glad it was still a possession and not an attempt at my life.
These incidents often put such things into perspective.
The reason this crossed my mind was because after a call yesterday, a friend said something to the tune of ‘Great job! Seems like it’s just a positive time. Everything seems to be going right for you during this time. Just keep doing more.’
I smiled.
Not everything is perfect. But, that doesn’t stop us from doing great work because things are almost never perfect!
That comes with accepting that some things are meant to be.
—
On that note, mugging/snatching aside, I love London as a city. More on that another day..