A friend just forwarded a story the other day with good intentions. She knows I like reading good stories as I use them for one thing or the other (this blog, for example).

It turned out that I’d just read it a few days ago. So, I just instinctively clicked reply and found myself about to type ‘Already read it. Thanks anyway.’
I caught myself.
What good would that reply do?
Would it make her feel any better?
I realized that sub consciously, I was just trying to look cool and give the ‘oh you know.. been there, seen that, done that’ sort of image. It’s exactly that kind of an image that would stop her from sending me any more.
And I just said thank you and left it at that.

Good catch, that one. I feel better as well having not indulged that desire to make myself look good and make someone trying to help me feel stupid.
Ah, now I feel so smart.
:D

Struggling to be ‘professional’ today with a big India Pakistan cricket game now!!

Fabulous advice (for me, at the very least).. haha

was a rather scandalous (at first glance) tip I received once.
As a part of my morning mojo, I typically write down 3 things I would like to stay true to or ‘be’ if I actually did ‘die by midnight’.
(Of course, I wouldn’t be at work if I knew I was dying by midnight.. but it’s not like we’re told in real life either)
While I never did think the thought was morbid, I am definitely seeing the benefits. It is a sub conscious remind to myself to live every day as if it were my last. And my typical daily ‘wishes’ are to be ‘positive’, ‘happy’, ‘smiling’ and to be ‘productive’ and do great work. 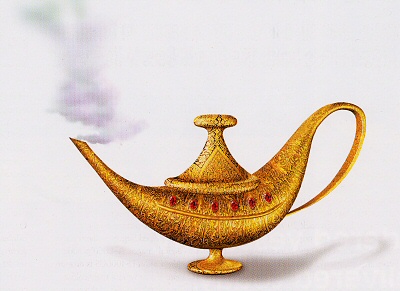 And of course, I realize I’m glad to be able to write my wishes when I’m up the next day. I thought of this today.. as over time, the exercise had become sub conscious. And I realized I am very thankful for life.
What would you want to ‘do’ or ‘be’ if you didn’t have time left? There definitely wouldn’t be place for sadness, anger, disappointment et al.
‘Die Daily’ – a more powerful tip in hindsight.

Here’s to a great week everyone!

What picture comes to mind when you think of an innovator?

Let me guess – Probably somebody like Einstein or Edison.. Shock of unkempt air, absent minded and able to think of crazy unheard of ideas. Or maybe some creative artist or story writer who has the ability to think out of the box?

Jack Welch (legendary GE CEO) would shake his head at that definition. He defined innovation simply – Take an existing best practice and make it slightly better. That’s it! He wasn’t particular about where the ‘best practice‘ was from as long as it was indeed a ‘best’ practice. So, during his tenure at GE, he was insistent on ensuring they took the best ideas in the industry from all around them and in the process of executing them at GE, they made changes and innovated continuously.

I found this very uplifting. Now, if I was looking to build a system for myself, all I needed to do is look around for people who do something better than me, understand how they do it, copy their method and tailor it to my needs. And voila! Innovation is on it’s way..

Jack Welch simplified ‘innovation’ in my eyes. And what’s more, I realized that after a lot of copying, you tend to truly understand what works for you and, in true time, develop your own style!
—
Source: Weekly book learnings