Just a reminder to us all.

To thank god for our health, wealth and happiness. And also, for family.
An incident today triggered this thought. More on the incident soon.

I was reflecting about.. rain being seen as a sign to ‘do nothing’ in Chennai. Life, in general, used to stand still when we were faced with a few days of rain. Roads would flood, schools would give us a few days off.. and of course, it was perfectly okay to feel lazy when it rained. Rainy weather was perfectly gloomy and seemed to call for nothingness.
In Singapore, it was slightly different. Being tropical, rain was more common. Back in university though, rainy weather was still seen as a nice excuse to sleep in late. As it rained pretty often, I guess that tells you enough about regular attendance in classes. 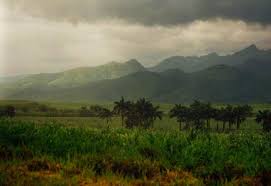 I wonder what the excuse is here in London. Since it is practically grey and rainy all the time, there’s no way rain can be associated with lethargy. Maybe it’s the sun?

‘The Worlds at War’ has been a fascinating book so far. And this week’s book learning has 3 fun facts/thoughts from the book.

1. Barbarians: Do you know how the word ‘barbarian’ came about? The word now is associated with uncivilized people with no manners. In the old days however, the Greeks simply referred to the Persians as people whose speech sounded like ‘ba ba’ and hence, barbarian. And that meaning, of course, changed with time..

3. Alexander the visionary: Alexander the great was quite a visionary. In a time when the tendency was to wage war and create boundaries, he sought to unite. After conquering the Persian people, Alexander not only sought alliances by marrying the Persian queen (versus taking them all slaves), he also sought to embrace Persian culture and combine Persian customs with the Greek as he attempted to unify the world under one umbrella by demonstrating openness.

I found that concept and thought pretty amazing. Our world today seems so divided in comparison..

I’ve found reading history to be great for imagination and creativity. Moreover, I find it interesting to understand how and why the world exists in it’s current form. I’ve still got 2/3rds of this book to go. More fun facts to come then!

Done is not inking in the last letter in the 11th hour.

Done typically translates to a 3rd draft (ideally) submitted with time to spare.

Yes, this is NOT how we are accustomed to doing things in school/university.
That’s why the ‘real’ world is called what it is called I guess.

Because here, when you say it’s ‘done’, it better be just that – DONE.
PS: Build in ‘slack time’ into your plans

Like many quotes, this would have to be viewed with balance, of course. Interesting perspective, I thought..

Have a nice day!

Dug deep.
Half eager and half anxious about what I would find.
For digging deep ensures not a result that might enthrall.
Often what I see is not what I want to see.
But what I see is not too far from the truth.
That, I cannot deny.
This time, I saw a tinge of sadness, a tinge of reluctance and a tinge of pain.
It was a reminder to myself.
That change is not always pleasant.
‘You gotta do whatcha gotta do’ – I told myself.
As I let myself get sucked in to the whirlwind with a smile.
That whirlwind.
Called life.