I read Roy Baumeister’s brilliant book “Willpower” just last month and reached out to him right after. Coincidentally, he was on his way to Australia on a business trip and we managed to find 20 minutes to speak while he was on transit in Sydney airport.

It was a really interesting chat with one of the titans of research into human behavior, specifically willpower.

I apologize in advance for the audio quality. We were in a noisy airport food court and we’ve done our best to ease the noise. 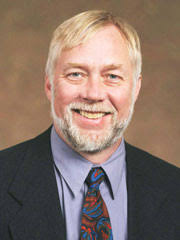 Roy F. Baumeister (born May 16, 1953) is Francis Eppes Professor of Psychology at Florida State University in Tallahassee, Florida. He is a social psychologist who is known for his work on the self, social rejection, belongingness, sexuality, self-control, self-esteem, self-defeating behaviors, motivation, aggression, consciousness, and free will. He has authored 500 publications and has written, co-written, or edited almost 30 books. He earned his A.B. summa cum laude from Princeton University and his M.A. from Duke University. He returned to Princeton University with his mentor Edward E. Jones and earned his Ph.D. from the university’s Department of Psychology in 1978. He then taught at Case Western Reserve University for over two decades before transferring to Florida State.He is a fellow of both the Society for Personality and Social Psychology and the Association for Psychological Science. Baumeister was named an ISI highly cited researcher in 2003.

As always, we have the full transcript here on RealLeaders.tv.

My favorite quote from the interview –

“We think of using willpower for resisting temptation and for powerful acts of virtue. However, people who are successful in the long run seem to use their self-control to set up a smoothly running life – for creating good habits and good routines.”

I hope you enjoy it as much as I did.