It was a normal evening at the Liverpool street tube station. A seemingly endless mass of people were all walking briskly toward their trains at the end of a long day of work.
It was 9pm and as I took the escalator down to the Central Line, I heard a lovely tune being played. It sounded like it was coming from an acoustic guitar and as it was a rather long escalator, I couldn’t see the source of the sound yet.
When I did reach the end of the escalator, I saw a man of African origin dressed in the sort of bright clothing I associate with Africa, playing the guitar. He was evidently talented as he made me want to dance. And judging by the heap of coins in front of him, he wasn’t doing too bad either. A big group had just put down a few coins each right then. 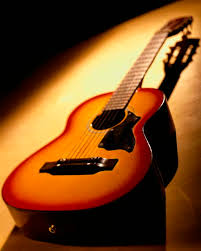 A performer like him is not an unusual sight in big tube stations. I’d spotted a few myself in my first week here after all. But this guy.. he was special.
There was an aura of happiness around him. I stopped. I watched. I could feel myself smile looking at him enjoying himself. He noticed that I’d stopped. He looked up, smiled and nodded. I nodded right back. And he went back to playing his music. He seemed like he was in his own world. He had taken me to another one as well.. thinking of great times with family and friends.
I didn’t give him a tip. Once I’d boarded the train, I wondered why I didn’t. ‘Next time’ – I told myself.
This man, after all, had given me a moment. I felt good. There are some things in life you can’t fake. The smile on that man’s face was one from a person who was thoroughly enjoying himself.
Here was an entrepreneur. Doing work he loves.
So much to learn from situations around us. Just requires us to stop – if only for a minute, and listen…