Big multi national corporations are the order of the day. In fact, job ‘prestige‘ typically comes from working for a globally recognized behemoth – (Think Goldman Sachs, GE, Microsoft, IBM etc) – it’s interesting to think that this concept did not exist a few decades ago.

Of course, why would you need multi nationals if your business typically did not exist beyond your locale?

What’s interesting is that today’s CEO’s and corporate workers owe the Dutch and Britishers for this concept. In the 15th and 16th centuries, the Spanish and Portuguese led the race for the trade of spices, for discovery of new lands etc. The biggest issue then is the same as the biggest issue for a new venture now – Funding. The venture capitalists of those days were the royalty.

The Dutch and British changed this by taking advantage of a trend they noticed. They realized that one way of funding expeditions was to take small amounts of money from many instead of the traditional ‘big daddy funding‘ approach. So, it was not uncommon for a small businessman in those days to contribute a small amount to a new voyage in return for a share of the spices etc if the ship came back. The catch here is ‘IF‘ as the success rate was typically not too high (I’d estimate between 10-20%). 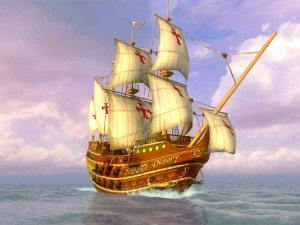 But, already, you can see the modern corporation and financial system evolving with the ship’s crew being the employees and the financial contributors being the key stakeholders. While the Dutch started the trend of forming a company (VOC – The Dutch East India Company), it was the Britishers who took this concept of investment to a whole new level.

Asking the ‘why‘ question often brings forth some very interesting insights, doesn’t it? :)